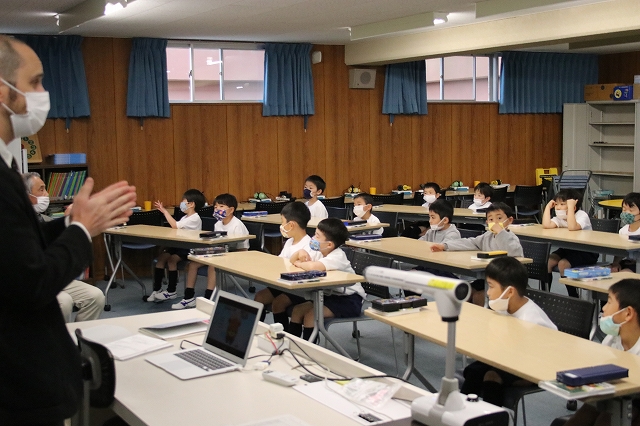 For the first grade’s first English lesson, we did four things.
First, we learned a new song practicing commands such as “stand up,” “sit down,” and “raise your hands.” 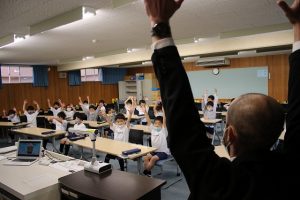 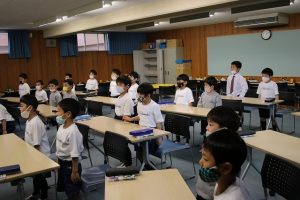 Second, we introduced and practiced the names and sounds of the letters “A” and “B”. We also learned the following words: apple, alligator, ant, ax, ball, bat, bike, bed. 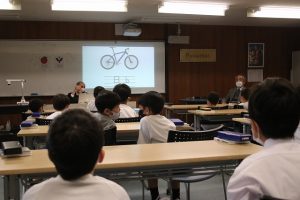 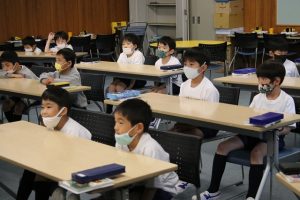 Third, we listened to the alphabet song.

It was a good first day. 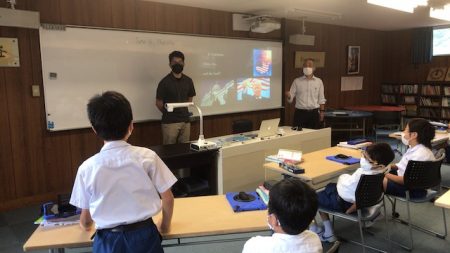 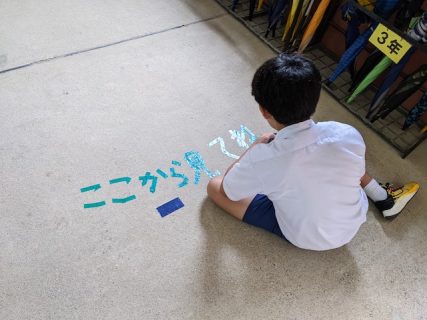 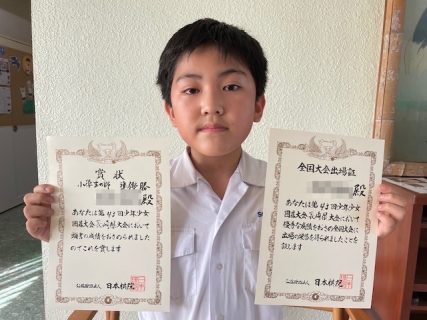 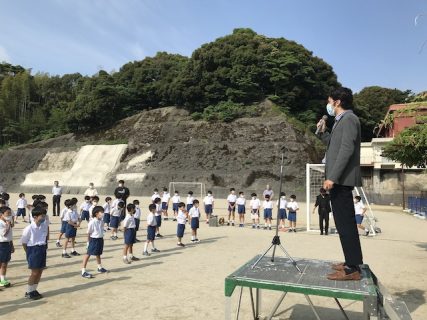